I am delighted to be back to this prestigious event, for a third consecutive year and to have the opportunity to address such a distinguished audience. I will share with you a few thoughts on the issue of confidence. But before doing so allow me to express my thanks to Klaus Regling and to the institution he is heading, the European Stability Mechanism, for their help and support during our time of difficulty. In fact it could be said that the role of the ESM is directly related to the issue of confidence.

Through the ESM, member states which find themselves in difficulty and lose the confidence and thus the access to the international capital markets, can receive low-cost and long-term financing. The ESM itself is reliant upon the joint firepower of its member states and through its operation it actually safeguards the financial stability of the Eurozone.

Of course, the ESM does not and should not offer a free lunch to any member state. And for this reason exactly, it will only extent its helping hand on the basis of conditionality and a commitment of the member state requesting support to implement an economic adjustment programme aiming, ultimately, at the restoration of confidence and market access.

That’s exactly what we have been doing in Cyprus since the springtime of 2013 when an unprecedented crisis reached a dramatic and devastating climax. Cyprus had to come under a programme actually, on the request of the previous government I will remind you, because confidence in its economy was shattered. It could not borrow from the markets, it could not retain deposits in its banks, and it could not support economic activity and growth. Pessimistic scenarios about the future of the economy of Cyprus were coming and going. Under such circumstances, we took the decision to see crisis as an opportunity. It was an opportunity for change and reform. And even though conditionality is very real and strict, we did not shy away from our own responsibilities and we refrained from presenting the programme as something which was unwillingly imposed upon us. In fact we claimed ownership for it, because essentially it comprises of all those measures and actions which were, in any case, necessary if we were to restore confidence.

A first pillar of this confidence restoration exercise had to do with our public finances. Public finances were in a dismal state, with the budgetary deficit persistently ranging between 5-6% of the GDP, thus pushing the debt levels up. There is an assumption that maintaining high public spending and running a sizeable budget deficit is actually a growth friendly policy.

I am sorry to say that the Cyprus example confirms the exact opposite. In order to maintain spending levels, the policy choice of the time was to keep raising taxes. That of course is the worst kind of austerity. It will dampen consumption and investment and will keep driving the economy down. As a result the economy of Cyprus was on a free-fall into a severe recession long before programme implementation commenced.

Our own approach to fiscal consolidation was different and had two basic characteristics.

Firstly, it was done rapidly. We essentially balanced the budget over a single year, exceeding the Troika requirements and expectations. The deficit for 2013 was at -4.9%. A year later it was only marginally negative at -0.2%.

Secondly, it was achieved without further raising a single new tax. Instead we took a knife on the expenditure side of the budget. Hiring and pay rises were frozen, overtime expenses were slashed, permanent and credible eligibility criteria and control mechanisms for welfare were imposed. State owned organisations that had run their course were closed. We found savings from spending items across the budget.

But what is important to note is that we did not have to come back with further spending cuts time and time again. We did the job in one go and we then kept it steady. The budget for 2016 actually includes a marginal increase in primary expenditure, mainly for public infrastructure projects, but remains balanced, with a satisfactory primary surplus.

The policy commitment not to raise taxes, which I remember clearly stating from the floor of this conference in 2013, ensured the competitiveness of our tax system. We are in fact moving ahead and we have offered a first set of tax incentives, aiming to encourage new business and new investment and also to offer support to the hardest hit real estate sector, and it is with satisfaction that we are noting that this tax reform is already delivering results.

This policy mix created conditions of macroeconomic stability, predictability and confidence. And this was a very basic prerequisite for the re-establishment of the growth prospects of our economy. It enabled the key productive sectors of our economy to function and to start growing again. It is their resilience and prospects which have been driving our economy out of the recession.

A well-functioning banking sector is also pre-requisite for growth and has thus been the second pillar of the confidence restoration effort. A banking sector should inspire the confidence of investors and depositors and should be able to offer competitive financing to the real economy. After a devastating decade which saw an unsustainable credit expansion locally and an overexpansion regionally, some still see the glass half empty. I see it as half full. The banking sector has been restructured, recapitalized, is under new management and operates under stricter supervision.

The non-performing loans still pose a serious problem. And what is urgently needed is a completion of the toolbox which will enable lenders and borrowers to find workable solutions.  And obviously an ambitious, milestones based and closely monitored effort to achieve viable loan restructurings and arrangements. The foreclosures tool must also be utilized when needed. But rather than being used frequently it is more of a deterrent against strategic defaulters and I believe one which is already delivering in this capacity.

What we must guard against is an irresponsible populist pressure which creates a perception that loans can somehow vanish without someone paying the bill. Let me clearly say that someone always does. But what we also need is supervisory stability. I am very much a supporter of credible and efficient supervision. This cannot be achieved however, if a supervisor keeps moving the goalpost. Nor will the supervisory mistakes of the past be rectified by moving to the other end of the spectrum, going to the other extreme and thus creating a supervisory suffocation of the banking sector.

As of last year we have made an important step towards a European Banking Union establishing direct supervision by the ECB. It is now vitally important both for the European and national supervisors to exercise their responsibilities wisely and in a manner that will ensure that this was indeed a step to towards the restoration of confidence and the safeguarding of financial stability and not the opposite.

Cyprus has been able to recover. And confidence has been restored.

A week ago, this was demonstrated by a successful issuance of a 10-year bond in the international capital markets. What I found encouraging is that here at home some thought that the pricing as still high. I agree. Even through this was the best pricing Cyprus ever achieved on a 10-year bond, we must and we can make it even better.  And if we agree on this, then we should also agree that this will only happen if we continue promoting an ambitious agenda of economic reform and positive change. If we maintain fiscal discipline. If we continue reforming and improving our banking sector.

I would say the same when it comes to economic performance. Surpassing all expectations, we are expecting growth this year somewhere around 1.5%, which is more or less the Eurozone average. But here also, I would not be satisfied.  We can do even better. Cyprus can do better. In fact I do believe that Cyprus has the potential and the capacity to achieve sustainable and healthy growth rates in a long-term horizon. But yet again, for this to happen we must unleash the productive potential of our economy, with less bureaucracy, more efficiency and renewed competitiveness.

We have seen the worst of the crisis, we shall be completing the support programme early next year, and we shall not be requesting an extension of the programme or a conditional credit line. We thank our partners in the Eurozone and the institutions for their support, but we are ready to take it from here.

But at the same time we must and we shall maintain the effort with a renewed momentum and renewed confidence. We already have a pipeline of reform bills pending before the House and we shall be keeping everyone busy even after the Troika leaves. We shall continue to demonstrate a willingness to cooperate and to find agreeable solutions, but we shall be standing firm against those who simply oppose any step forward. And we shall never allow a return to those failed policies, practices and attitudes which are responsible for the derailing of our economy in the first place.

The effort is delivering. We are seeing results. And so we must continue.

Thank you very much. 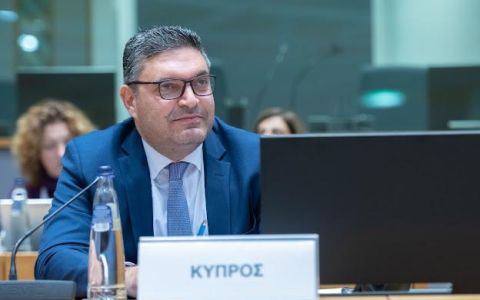 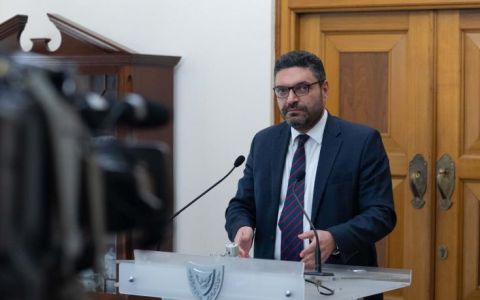 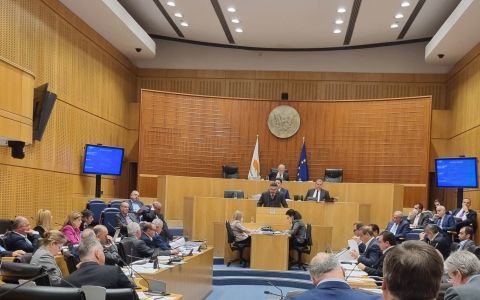 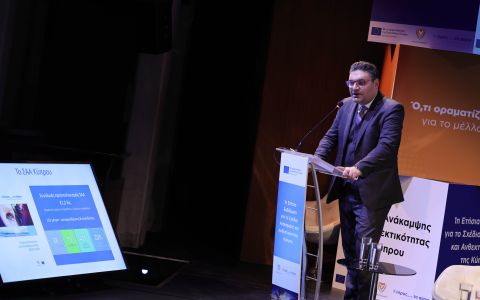