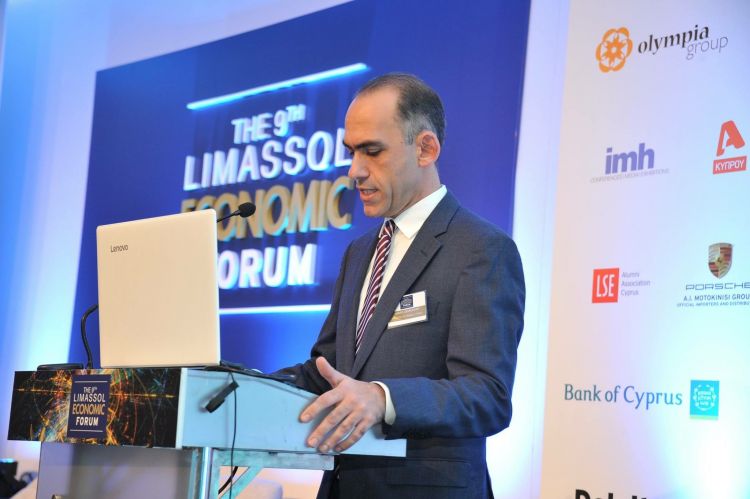 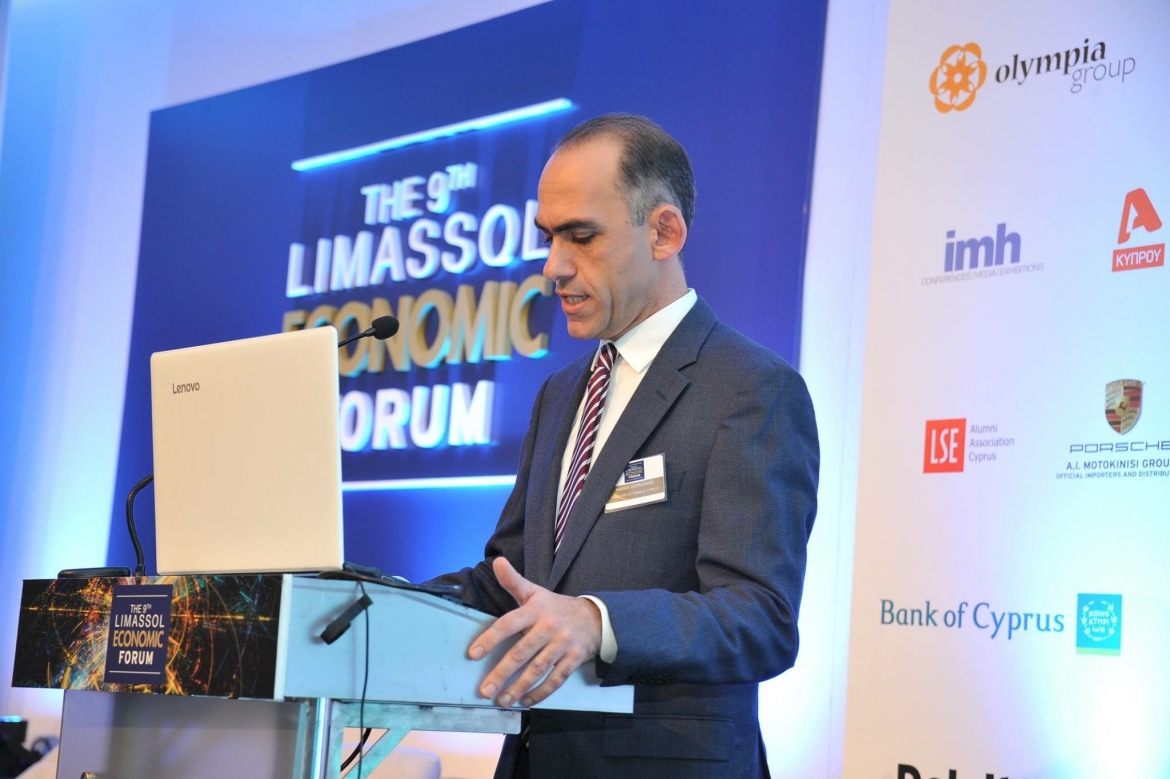 Welcoming address by Minister of Finance

Thank you for the invitation and let me say that it gives me great pleasure to open the 9th Limassol Economic Forum.

And what a better place to be, right on the Limassol beach front, in this dynamic city which is a not only a bustling tourist resort, but also a centre for international business, the home of a major shipping cluster, the town witnessing significant real estate developments, with a world class marina, a major east Med privatized port and soon, the largest integrated casino resort in the EU.

It is also the home of this annual prestigious event, boasting such an impressive list of speakers and panellists who will share their insights and expertise on the state of the global economy and the direction of global affairs.

By way of an introduction, let me briefly touch on a few issues and share a few thoughts of myself.

Without doubt international politics are currently going through a period of heightened uncertainty with almost all the pillars of the world order being challenged. World trade and open markets and being questioned. Commitment to the transatlantic alliance is shaky at its best. The EU is receiving blows.

But what is even more notable is that these pillars of world order are being challenged not by any peripheral or emerging actor. They are increasingly challenged by the US itself. We live in the era of President Trump. But the question I would like to raise is the following: is it just Trump, or is it something deeper? Something more fundamental which is already reshaping the world as we have known it? I am not sure if I have the answer, but I would be concerned.

I am a strong believer in free trade and open markets. And I am especially concerned about the rising protectionist tendencies in world trade. And a very misguided preoccupation with trade deficits in the US and other developed economies, which are being perceived as the source of any domestic deficiency. To put it bluntly, in my view, trade deficits do not really matter. In may make perfect sense to run trade deficits, to import cheaper products for instance. This is not at all how the competitiveness of an economy should be measured. Nor is the closing of markets the way to improve the efficiency and the productive capacity of any economy.

And I fear, that if we are to go down the road of protectionism we shall end up in a lose-lose situation. Of course, it has to be said, that free trade should mean fair trade. Everyone should be on a level-playing field and this has not exactly been the case over the years. Free riding is as bad as protectionism. But any corrective action should be in the direction of opening-up the markets and eliminating any barriers, not erecting more.

I would have a similar concern when it comes to international security and other major global issues including mass migration and the protection of our environment. Go it alone policies will not work. If we are to tackle the next phase of globalisation, if we shall be successful in seeing through a transition to cleaner forms of energy, we must co-operate.

And this is exactly where the EU could have a role. Already the challenges to world trade highlight the relevance of the EU which is, first a foremost, a formidable trading block. But can the EU take a global lead, when it is currently engaged with Brexit and when it is challenged not only externally, but also from within? From the forces of populism? And when there is so much distrust between member states on a number of key policy files, including the banking union?

I would say that the EU could still be successful, but only if it rethinks and regroups and wisely considers the next steps in the European unification process.

For instance, I feel I should once again warn against the continuous transfer of powers to an unelected central bureaucracy, even if this is an enlightened bureaucracy and even if there is an indirect democratic legitimacy. Democratic legitimacy should be more direct, accountability and transparency in the EU should be enhanced. We should all acknowledge that participation in the EU and especially in the eurozone comes with responsibilities and that common rules should be followed. But these rules should be the ones determined by member-states through a decision-making process which is open and inclusive for all. This is the only way we can maintain popular support for the EU.

I am, for instance, a strong supporter of the Banking Union. We do need stronger foundations for our banking sector and we need significant consolidation. Pan-European banks would be something I would support. But such steps take time. And the implementation of the Banking Union should not follow a path of bureaucratic rigidity, but instead a street-smart, efficient and adaptive approach.

Likewise, the Capital Markets Union which is another strategically important initiative. But again, this should truly and effectively create conditions for the growth of capital markets, for the free movement of capital, for the benefit of smaller corporates and not only the larger few. It should definitely not end up being just another exercise of transferring competencies to a central authority.

Let me conclude with just a word relating to Cyprus. Can such a small state have a chance of success and prosperity in such a demanding and uncertain global stage. Or will our fate lie in the hands of forces way beyond our reach? I will answer with the wise words of our ancient Greek ancestors: «Συν Αθηνά και χείρα κίνει». Some attribute this phrase to Homer, others to Euripides but in any case, it means that Gods help them, who help themselves. And this is exactly what we should do.

Thank you for your attention. 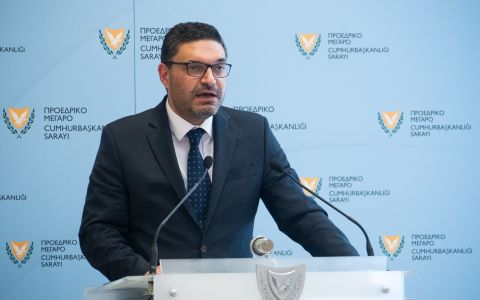 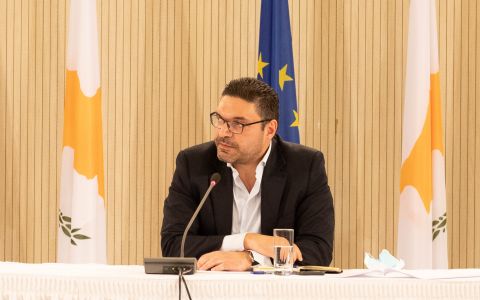 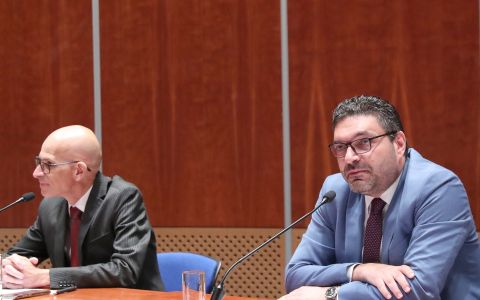 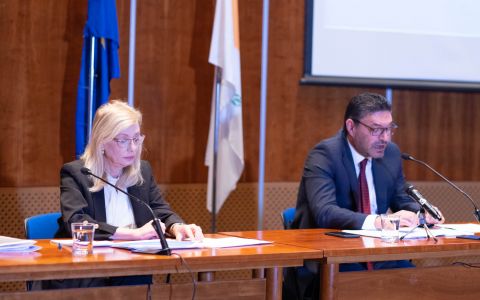